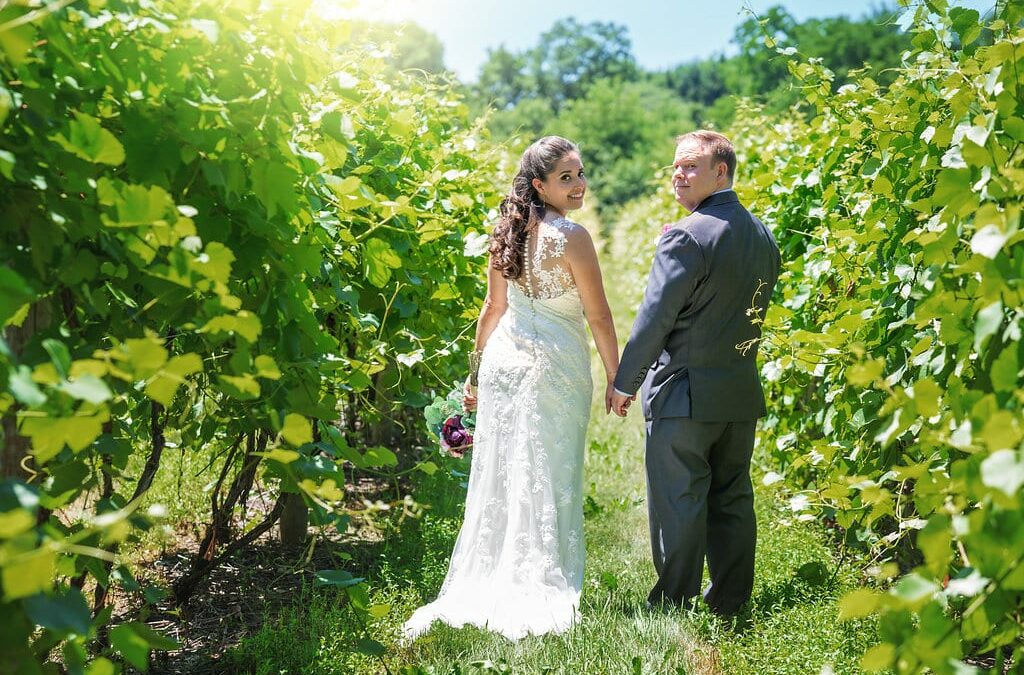 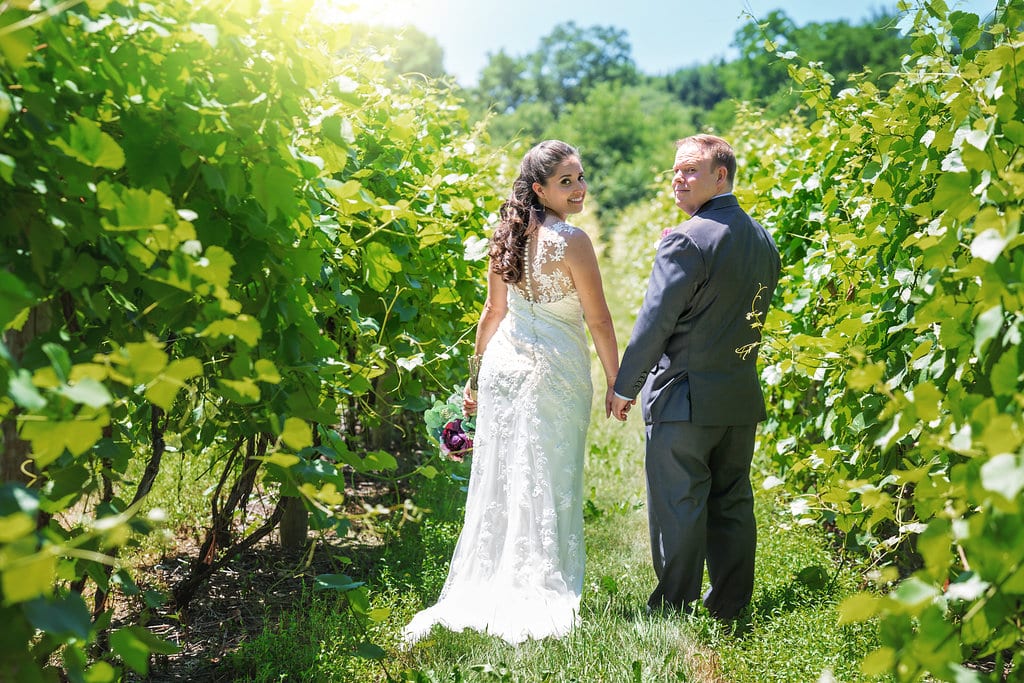 Elizabeth and Dave were married on July 7th, 2018. 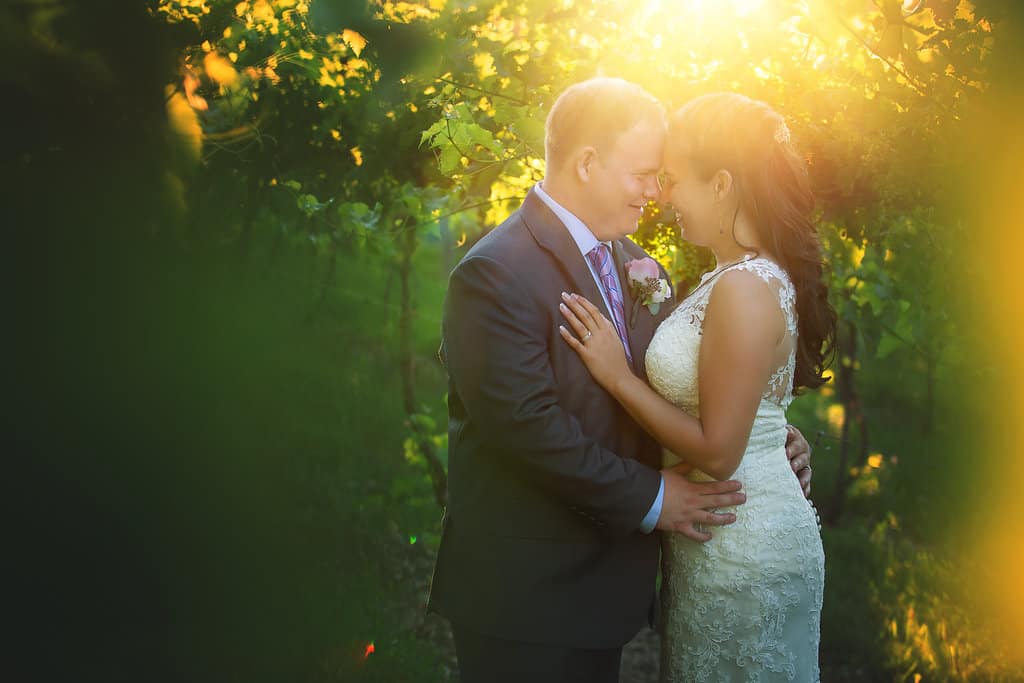 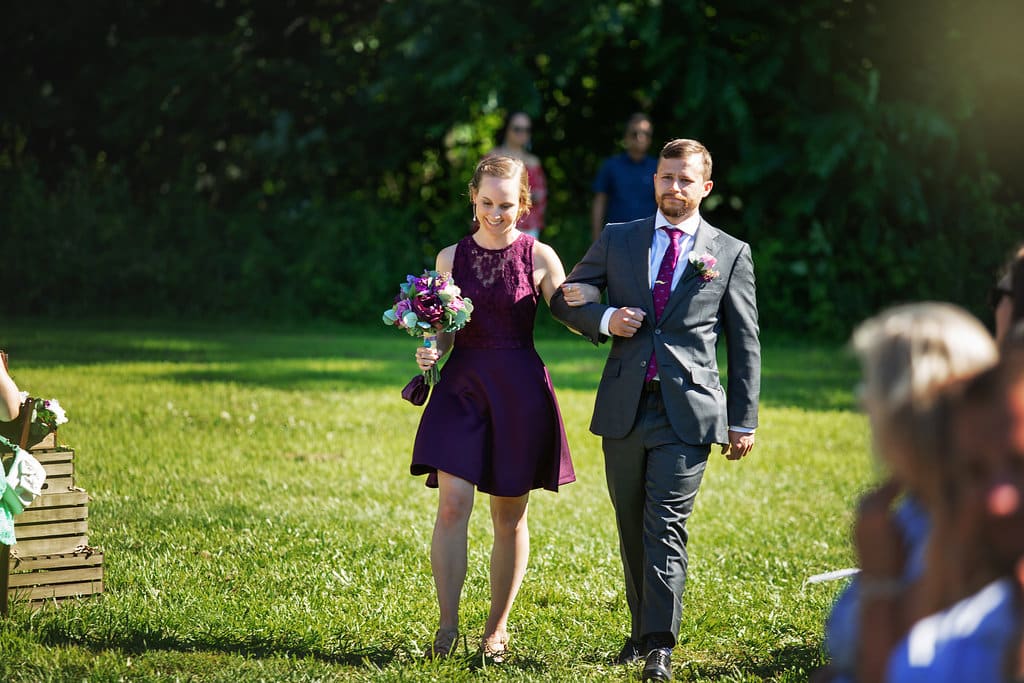 They had one bridesmaid and one groomsmen.

The bride was escorted by her parents. 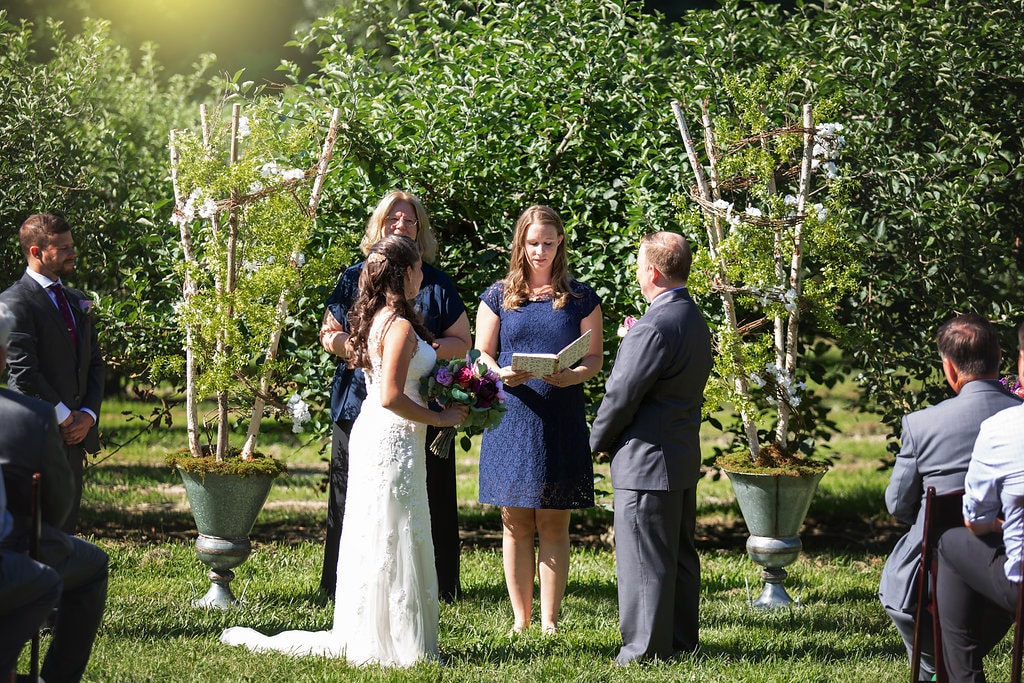 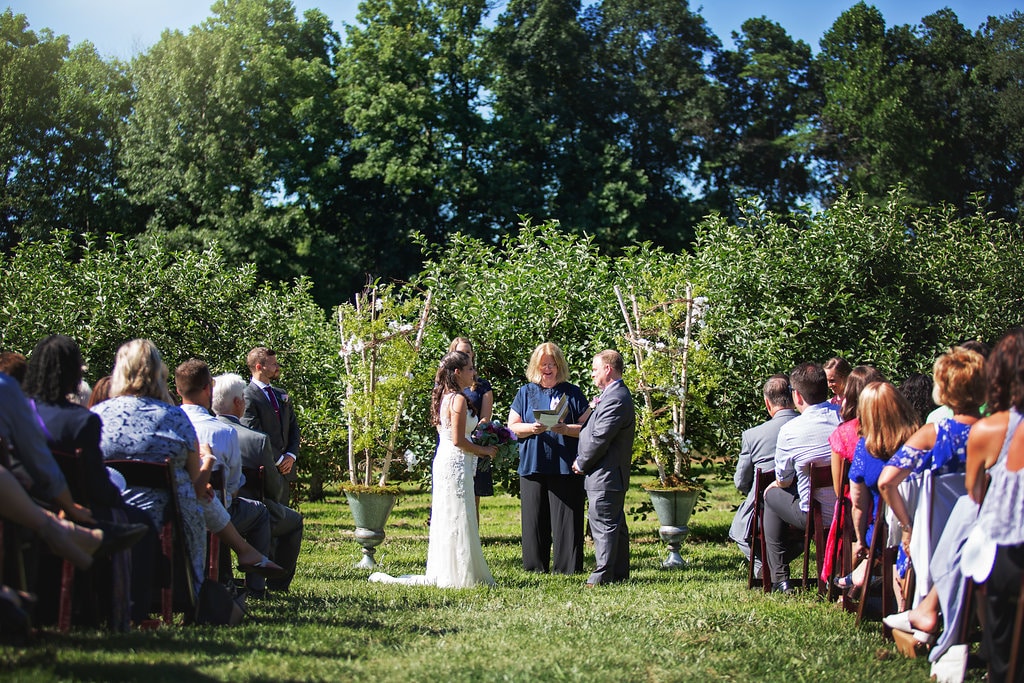 There were two officiants. 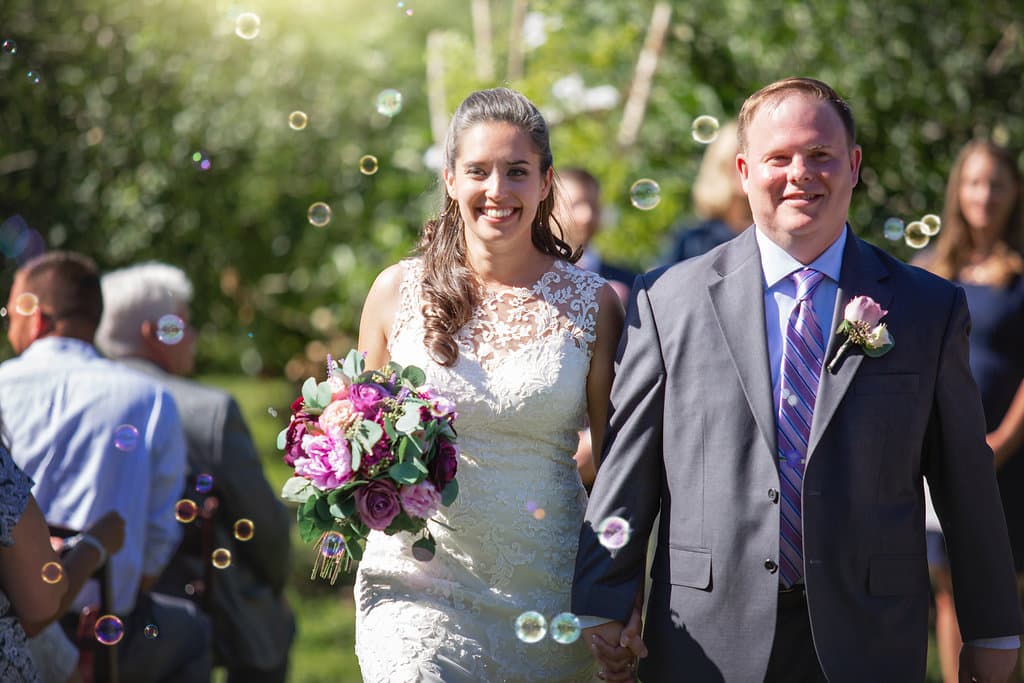 The guests were given small bubble containers to blow after the ceremony. 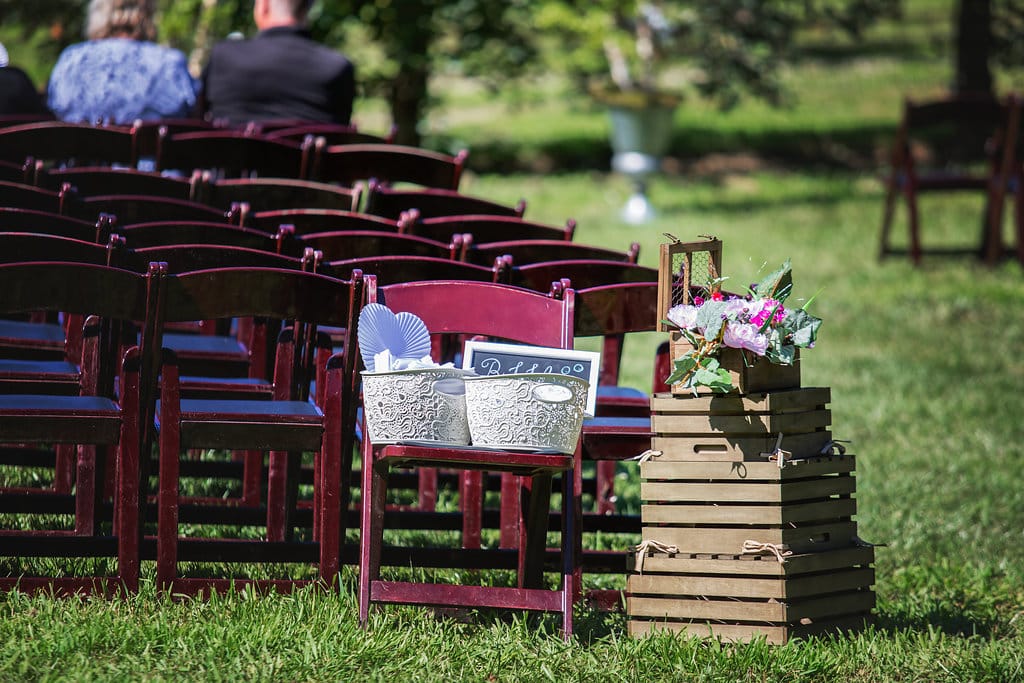 Two baskets containing bubbles and paper fans were set out on a chair next to a decorative stack of crates.

The centerpieces consisted of a wine bottle, a bundle of flowers in a wine glass and a photo that depicted the table ‘number’. 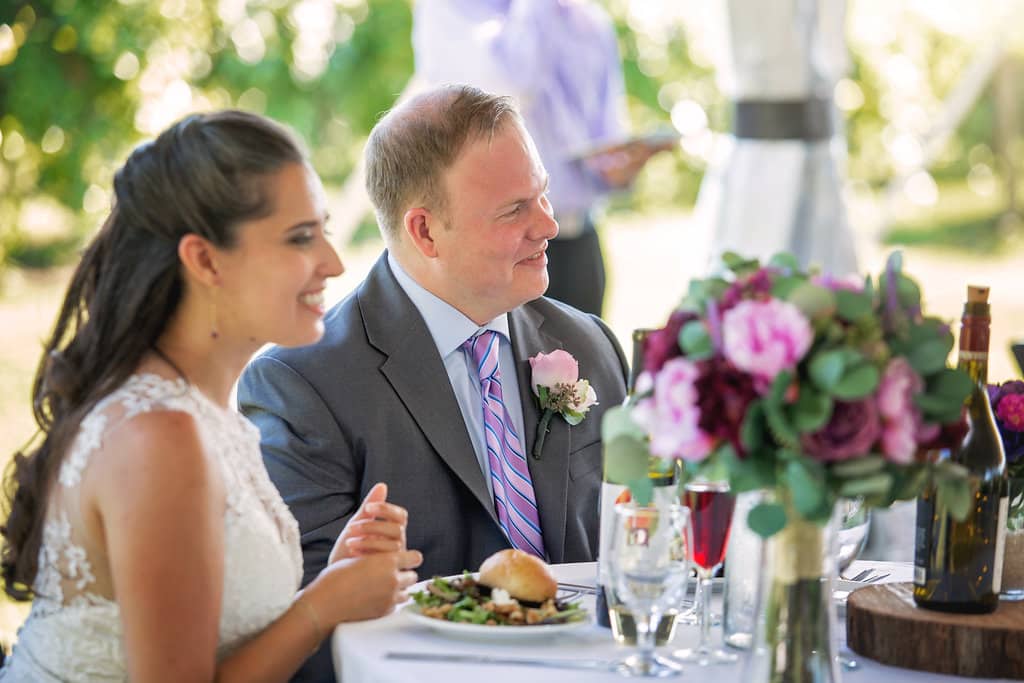 The bride and groom sat at a sweetheart table. 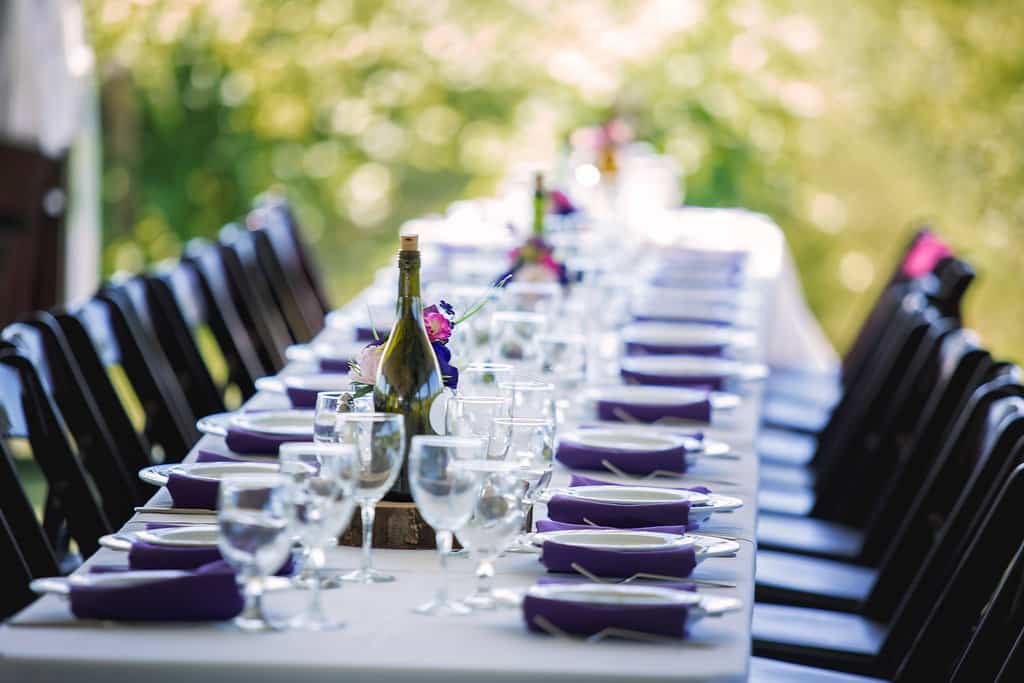 The tables featured white linens with a purple plate-folded napkin. The meal through CK Catering was family style.

The couple chose a live band called The Bluewater Kings to play at the reception. 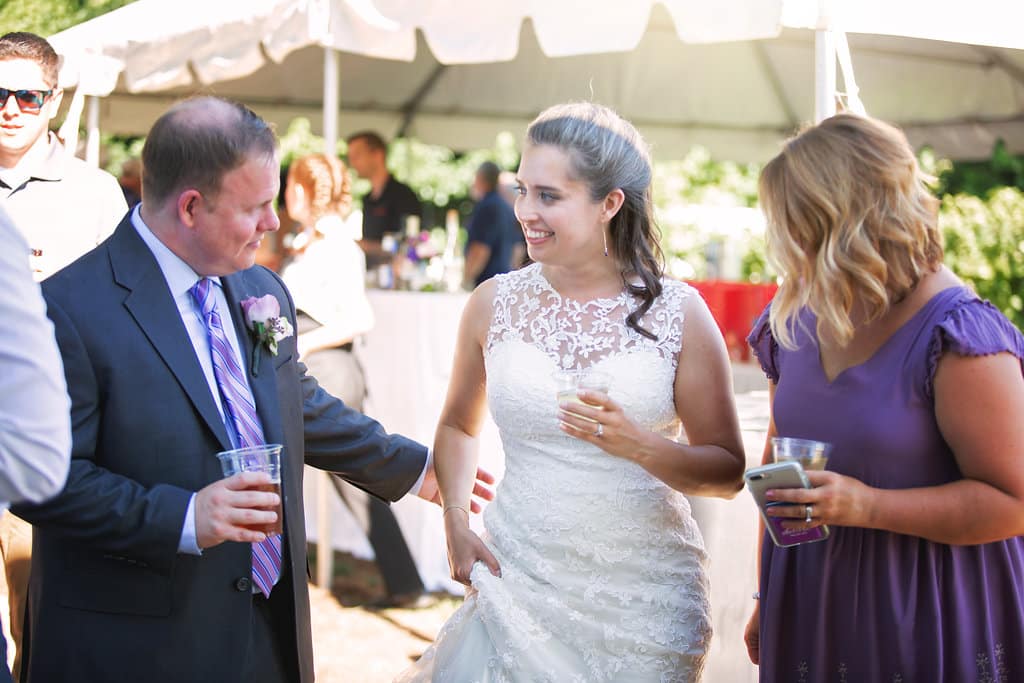 They added a second tent from AAY’s Event Rental for the bar to be outside of the main tent space. 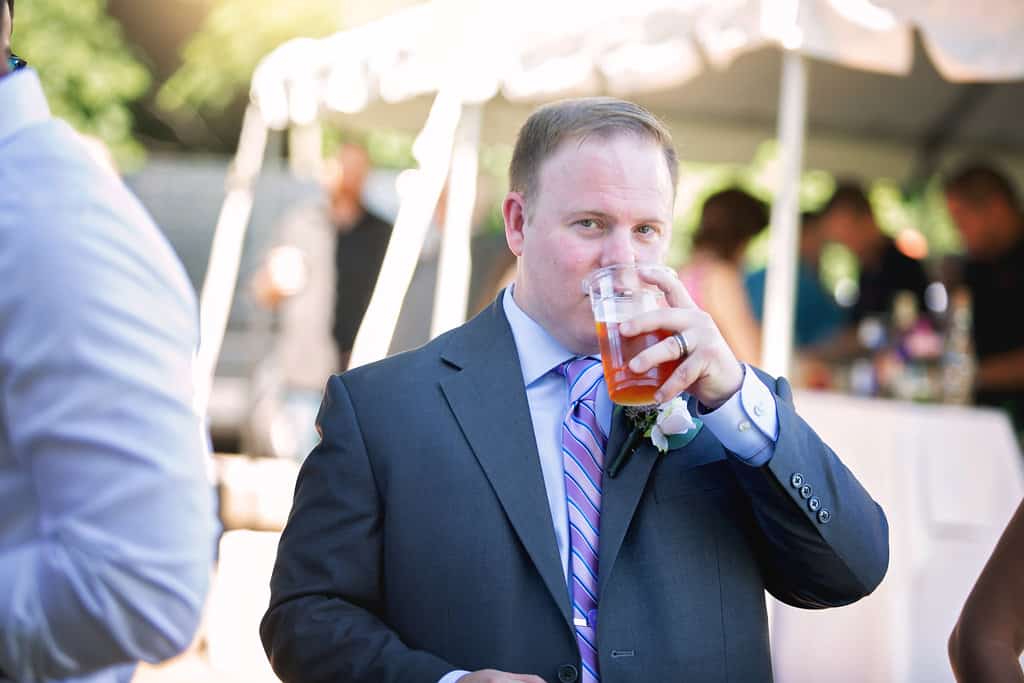 Alcohol and bartending service was provided by Beverage Specialists, with the wine coming from 12 Corners Winery. 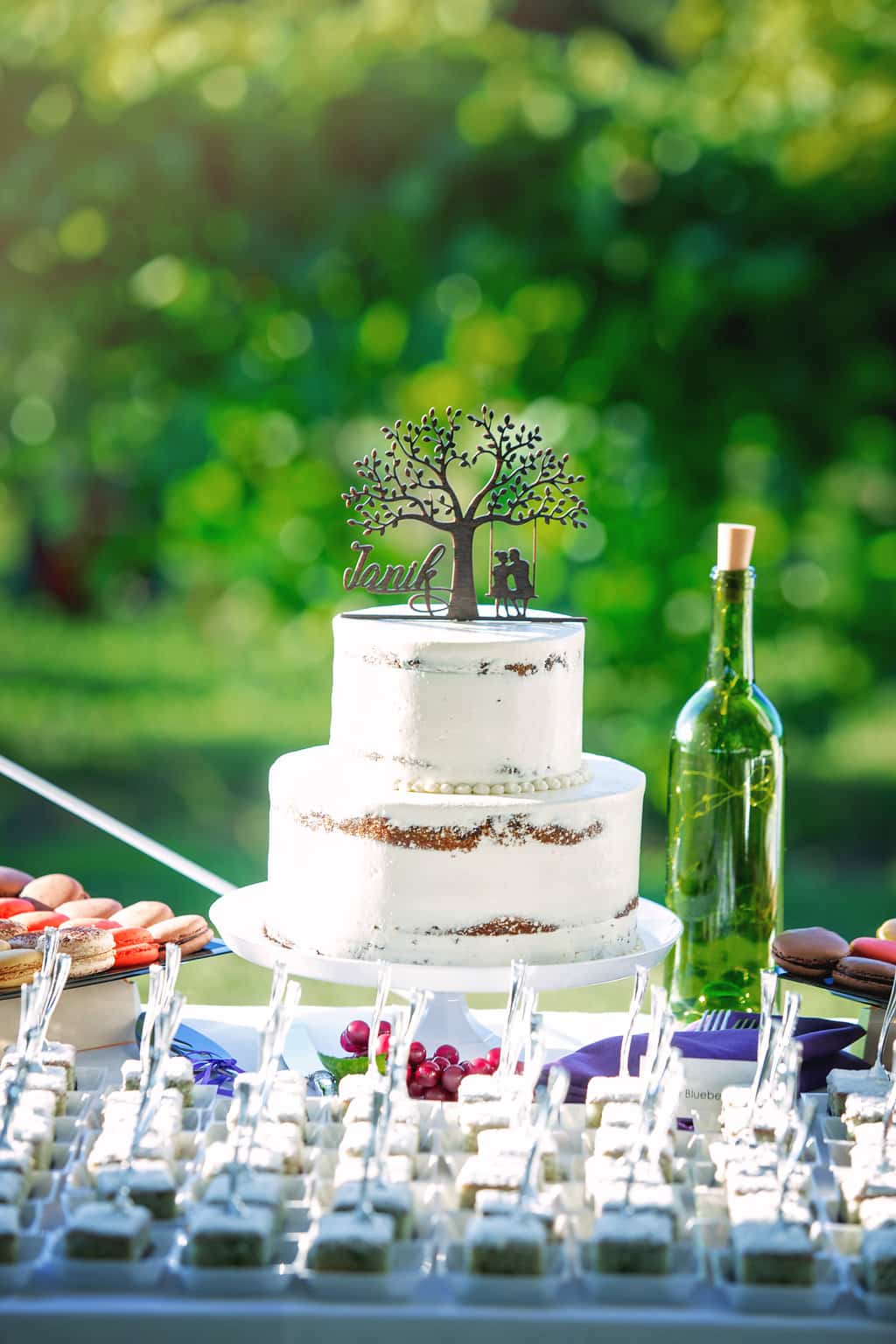 The cake and desserts were from Froelich Bakery. 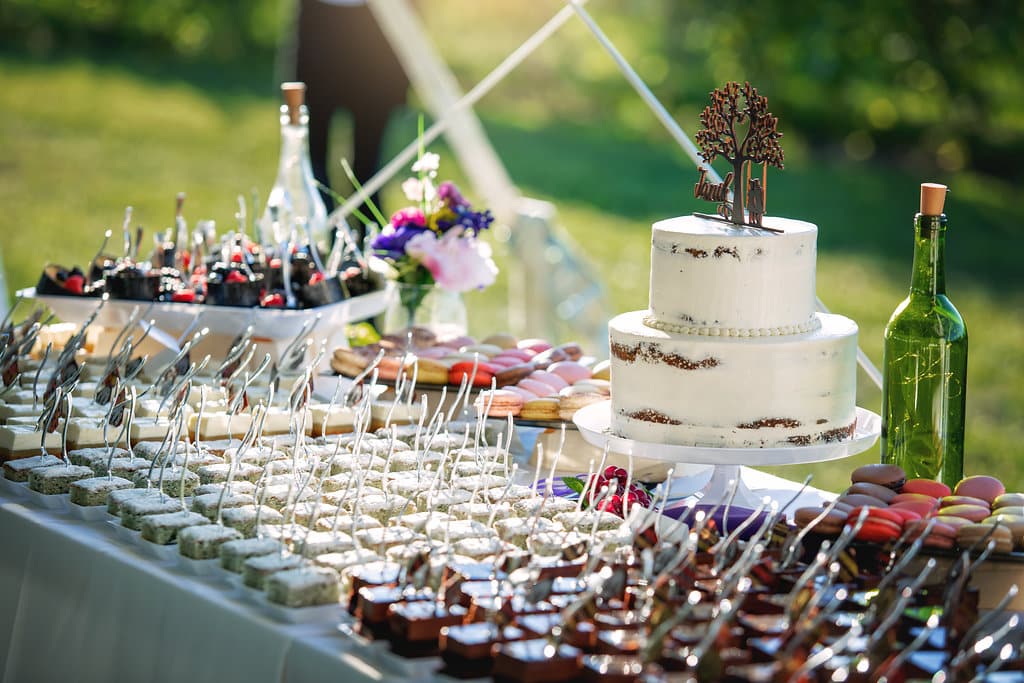 They chose to have a wide variety of individual desserts as well as a traditional wedding cake. 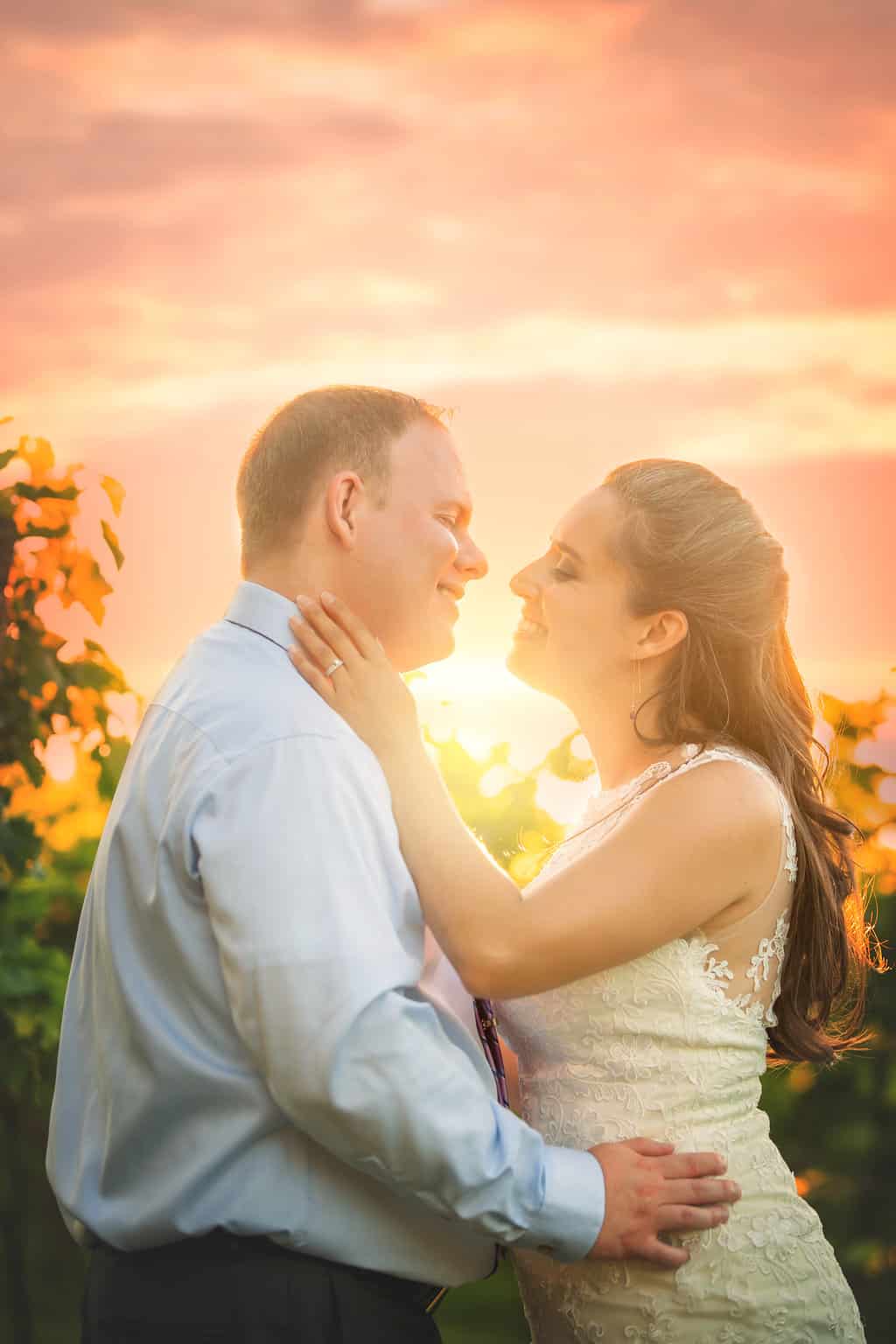